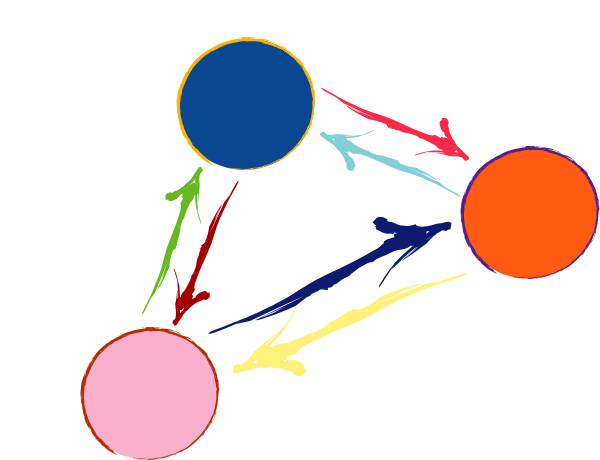 Alone, neither Moore’s Law nor Cooper’s Law nor Butter’s Law would have led to the world we know today and the one we will know in the future. During the past 50 years, Moore’s Law, without the bandwidths of fiber optic doubling approximately every nine months and of wireless doubling approximately every three years, would have resulted merely in very powerful computers barely able to communicate and network with each other at much more than teletype speeds. Butter’s Law without computer chip power doubling approximately every two years would have led to no reason to use fiber optics; the world would still be using woefully slow copper wires for its long-distance communications and have been unlikely to ever been able to support the deployment of local, regional, and long distance mobile telephone communications, etc. The three laws’ interactions are the ultimate cause of the tumultuous changes and progress underway.

As these three laws interact, their blended speed of technological changes increasingly accelerates (not as quickly as Butter’s Law but neither as slowly as Cooper’s Law), resulting in the momentum of changes increasing geometrically faster than its own increasing acceleration. The force of these technological changes grows cubic to the pace of changes, according to Newton’s Second Law of Motion.

Moreover, as more and more traditional devices (automobiles, airliners, refrigerators, bicycles, student and teacher desks, bar tops and counter tops, furniture, ski goggles or eyeglasses with heads-up displays, etc.) are replaced by internally computerized and photonically or wirelessly networked replacements, the interactions of Moore’s, Cooper’s, and Butters’ ‘laws’ gather even more amplified momentum than just their accelerations render, an effect due to a fourth ‘law’, Metcalf’s (named after the co-inventor of Ethernet, Robert Metcalf), which observes that the power of any networked item is proportional to the square of the number of devices connected to the network.

Thus, the force of technological changes very quickly becomes inexorable, creating pressures that the traditional practices and traditional technologies within any industry cannot withstand, a concept that many traditional media executives, who are used to linear changes, tend to find either confusing or incomprehensible.

In developed countries, the effects of Moore’s Law have been visible for a few decades; those of Cooper’s Law for only a few years; and those of Butters’ Law are only beginning to be seen. All will soon be readily apparent. Media analysts and academicians who talk only of Moore’s Law as a means of understanding the changes underway see only a one-dimensional of the perspective rather than the fully-formed three-dimensional situation created by the interactions of Moore’s, Cooper’s, and Butters’ laws.

The observable dynamics of Moore’s, Cooper’s, and Butters’ ‘laws’ are the ultimate causes of all the changes underway in the media environment.

(However, if you’d first like to read about some corollary effects of the three laws’ interactions that go beyond just the media industries, go here.)