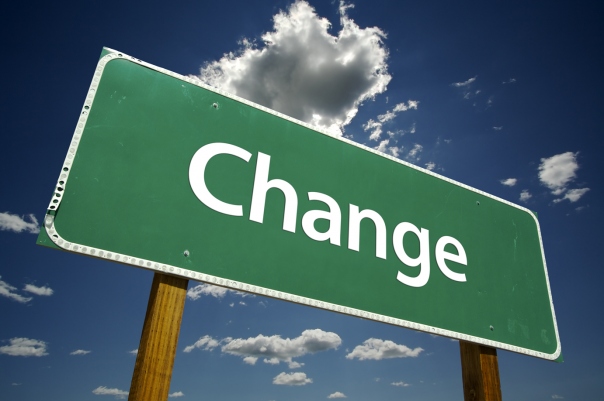 We live amid the greatest change in the history of media. Its speed, intensity, and magnitude are so enormous that most media executives and media scholars fail – and some even refuse – to recognize the change’s epochal nature. Of those who fail or refuse to see it, most do so because so many of its major aspects contradict the theories or contravene the beliefs upon which they’ve built their careers.

This movement erroneously believes the greatest change underway in media is that consumers are simply switching media consumption from ‘analog’ to ‘digital’. [Or a more recent but parallel misperception: that the greatest change underway is that consumers are simply switching their media consumption from ‘desktop’ to ‘mobile’]. In other words, these executives and scholars believe the greatest change is that people who used to consume news, entertainment, and other information via printed periodicals, television sets, and radio sets, instead are now consuming the same packages of news, entertainment, and information via personal computers, tablet computers, and ‘smartphones’. This myopic misperception has led these executives and scholars to believe that all the media industries need to do to survive and prosper is to transplant the traditional business models, the traditional content packaging, and the traditional content (albeit with the addition of hyperlinks, audio, video, animation, and other multimedia) into online media accessible by personal computers, tablet computers, and ‘smartphones’.

This pernicious strategy, based upon a misperception of the change underway, has become responsible for the continuing failure of the world’s media industries to adapt successfully to the epochal change underway. Despite more than ten years of its implementation in post-industrial nations, this strategy, called convergence or ‘digital first’ by its proponents and shovelware by its critics, has demonstrably failed to generate revenue from online that are anywhere equal to those the same companies and industries earned from providing the same contents via traditional forms of media such as printed periodicals and terrestrial or cable broadcasting. Nor has implementation of the strategy created usage of the contents online that has been as frequent or thorough as the contents have in those traditional forms. The results of  ‘convergence’ or ‘digital first’ strategy are new media that are less frequently and less thoroughly used and are less profitable than the old media, despite having more users than the old media, are that are cannibalizing old media as more and more users switch to it.

The strategy’s failure flummoxes the executives and the scholars who believe its central assumption that the greatest change underway is people are simply switching media consumption from ‘analog’ to ‘digital’. Nevertheless, rather than question that core assumption, these executives and scholars doggedly continue to pursue implementing the strategy, for lack of any other ideas. They are leading most media industries into catastrophe. They have wasted more than 15 crucial years that could instead have been used to adapt the media industries properly to the epochal change underway. During that lost time, many formerly robust media industries in post-industrial countries have withered, losing significant portions of their audiences (including most of a new generation) and having had to discharge hundreds of thousands of trained media workers (including many tens of thousands of journalists whose investigative and expository reporting is necessary for their nation’s democracies to function properly). The aggregate damages to these industries in some of the post-industrial nations are grave, as well as warnings to the media industries of industrial nations in which the epochal change underway is only now beginning.

The media executives and media scholars who believe that the greatest change underway in media is that consumers are simply switching media consumption from ‘analog’ to ‘digital’ figuratively can’t see the forest for the trees. They mistake one of the change’s traits or characteristics as the change itself. It is the stunning conceptual myopia of ‘convergence’ or ‘digital first’ strategy that I address and remedy.

People are indeed switching their media consumption from ‘analog’ to ‘digital’, but not because they find that reading texts, listening to audio, and watching video is easier and more pleasurable via personal computers, tablet computers, and ‘smartphones’ than via printed periodicals or radio receivers or television sets. That’s certainly not why they do it or the greatest change in media.  Instead, as I’ve been writing since 2004, the greatest change in the history of media is that, within the span of a single human generation, people’s access to information has shifted from relative scarcity to surplus, even surfeit.

Billions of people whose access a generation ago to daily changing information was at most one, two, or three locally-distributed printed newspapers, one, two, three, or four television channels, and one or two dozen radio stations, can now access virtually all of the world’s news and information instantly at home, office, or wherever they go. The economic, historical, and societal ramifications of this epochal change in media will be far more profound than Johannes Gutenberg’s invention of moveable type, Nikola Tesla’s and Guglielmo Marconi’s invention of broadcasting, or any other past development in the history of media.

Thus during the past 30 to 40 years the cumulative effect of these waves of technological change is that the majority of humanity access to news and information is changing from scarcity to surfeit. As examples, a Xhosa tribesman in South Africa with a Vodacom HTC Magic mobile handset has instant access to more information than the President of the United States did at the time of the tribesman’s birth; so does a Bolivian girl to whose school has been donated refurbished Macintosh computers; so does a Mongolian plumber who bought a Lenovo netbook for his son’s education. Today, between 1.7 billions of and 4.1 billion people can instantly obtain more information than could be contained in the ancient library of Alexandria, the Renaissance Era library of the Vatican, and the modern Library of Congress combined.

Gutenberg’s invention of the movable type printing press some 570 years ago had profound effects upon civilization. Within 50 years of that invention, ten million books had been printed and distributed throughout Europe. However, the historical and societal effects of Gutenberg’s invention pall when compared to what has happened during the past 50 years: the majority of the world’s population has had their access to information change from relative scarcity to instant and pervasive surplus. This is not only the greatest development in media since Gutenberg’s press, it is the greatest media development in history.

16 Replies to “The Greatest Change in the History of Media”

Welcome to the consulting website of Professor Vin Crosbie! A worldwide expert on how new technologies affect the media environment, the industries of media, and consumers of media, Prof. Crosbie has been consulting for more than a quarter century to governments, media industries, other industries, and academia. And since 2007, he also has been teaching New Media Business, a required course that he wrote for New Media Management (formerly Media Management) master’s degree students in the S.I. Newhouse School of Public Communications at Syracuse University in New York State. In recent years, he has also become the world’s expert in the specialized field of Individuated Media, which are already superseding Mass Media as the predominant means by which people under age 50 obtain news, entertainment, and other information. [Click here for more information about Professor Crosbie.]

Do you need professional advice about changing media business models? About how the media environment will change during the next ten years or more? Prof. Crosbie has delivered answers to governments, companies, and organizations on five continents.

The managing partner of Digital Deliverance is Vin Crosbie, Adjunct Professor of postgraduate New Media Management at Syracuse University’s S.I. Newhouse School of Public Communication, in upstate New York. For the past 13 years, he wrote and solely has taught New Media Business, a required course for master’s degree in New Media Management and an elective course for Ph.D. students and select undergraduates.

Digital Deliverance is incorporated as a limited liability company in the U.S. state of Connecticut, where it is based in the city of Stamford, a New York City suburb.